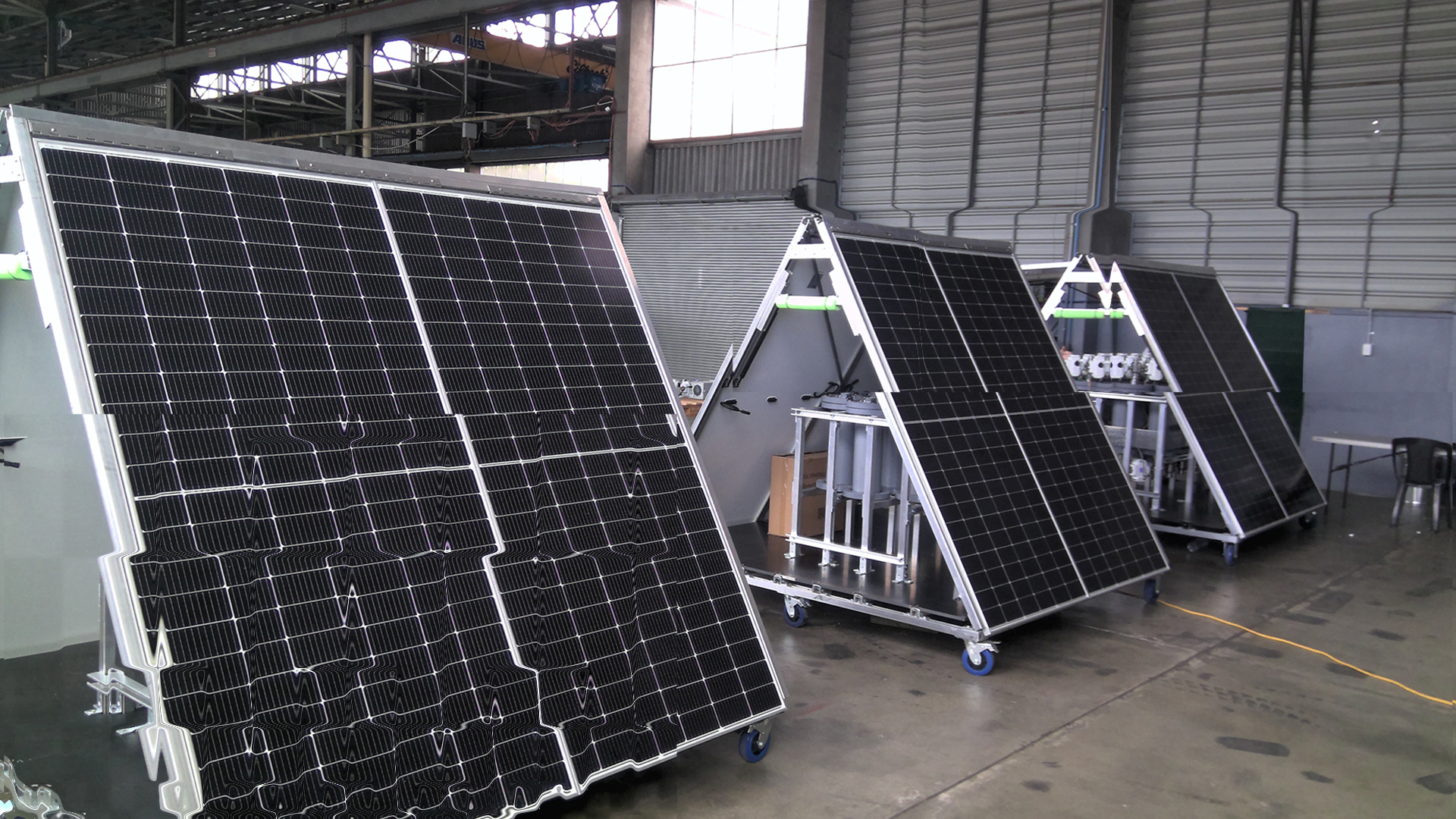 Welcome to our ‘Spotlight’ series. We’re on a mission to make the process of addressing residual emissions as transparent and accessible as possible for companies across all sectors. This is why we’re launching our ‘Spotlight’ series in which we’ll be profiling a broad range of nature-based projects and carbon removal technologies.

We’re starting the series with a spotlight on direct air capture (DAC). While still in its infancy, this technology has been recognised as essential to reaching global Net Zero targets by 2050.

What is Direct Air Capture?

Direct Air Capture (DAC) is a method of capturing carbon dioxide directly from the air and storing it. There are currently several DAC plants being developed worldwide, using different methods of capture and storage.

How does Carbon Removal by Direct Air Capture work?

2. Once the exchangers are saturated, heat or pressure are typically applied to release the CO₂ from the chemical or adsorbent, and create a stream of high purity CO₂. The extracted CO₂ is then compressed for transportation and storage.

3. Once it has been extracted from the air, the CO₂ is then stored underground in rock formations, where it is guaranteed to be stored for a period in excess of 10,000 years.

Types of DAC vary based on the type of chemicals or adsorbents used to extract the CO₂, the energy source powering the process, the type of CO₂ storage, or the construction approach (modular vs large scale plants).

The technology can be used anywhere in the world. If the process is fully powered by renewable energy, it is seen as one of the purest forms of carbon removal from the atmosphere.

What are the additional benefits of Direct Air Capture and Storage?

1. It is very scalable

One of the biggest advantages of DAC over other carbon removal technologies is the relatively small amount of land required. In fact, DAC requires 30 to 100 times less land than bioenergy with carbon capture and sequestration (BECCS). DAC plants are typically not in competition with other land uses such as agriculture (unlike some reforestation projects).

2. It has a high permanence

Storing the captured CO₂ in underground rock formations means that the permanence, or the durability of the stored carbon, is one of the highest of any carbon removal technology. Typically, the permanence of DAC when coupled with geological storage is 10,000+ years. This is significantly more than a reforestation project where the permanence is limited to the lifespan of the tree species (e.g. 20-100 years)

3. It is inherently additional

When using DAC coupled with underground storage, the process is inherently additional as there is no other commercial incentive other than the removal of carbon. Additionality is typically defined as whether a project would have gone ahead without the sale of carbon credits. DAC projects are purely designed to remove carbon for the climate benefit, hence meeting this criteria.

While scaling DAC technology does present some challenges, including the upfront capital cost of building the plant, it is recognised as being key to reaching global emissions targets. The IEA's report has highlighted that in order to reach Net Zero by 2050, we’ll need to scale carbon removals to capture more than 980 megatons of carbon dioxide annually. To make this happen, governments must increase funding into the technology’s research and development.

Pledge’s customers are able to support this emerging technology through the purchase of carbon credits from DAC projects from our marketplace. As most DAC projects are not yet in commercial operation (as they are still under development), purchasing from these projects today helps them scale the technology which in turn will lead to cost reductions.

Spotlight on our partner: AspiraDAC

We spoke to Julian Turecek to find out more about how Aspira works and its plans for the future.

There are lots of different DAC technologies being developed at the moment, what makes AspiraDAC different from other DAC projects?

There are three disruptive aspects to AspiraDAC’s approach, based on technology developed by Southern Green Gas.  Firstly, it is the only technology that embeds the energy supply (solar energy) into the capture infrastructure, removing the need to separately procure a zero emissions source of energy.  Secondly, it is utilising Metal Organic Frameworks (MOF) specifically designed for the extraction of CO₂ from the air in real life working environments.  And thirdly, it is an inherently modular approach with each module capturing 2 tonnes per year.

Is Australia particularly well placed for the scaling DAC projects?

Yes, Australia is blessed with an enormous solar energy resource, it has copious amounts of non-arable (low value) land to host projects and it has quite a few storage resources (geosequestration in depleted oil & gas reservoirs, deep saline aquifers, mineral carbonation resources) around the country.  Being solar-powered, our projects can be co-located with the storage resources, therefore almost nullifying the cost of transport.

Cost is always seen as one of the barriers to wide adoption of DAC, how will AspiraDAC’s costs change as the project scales?

Utilising the modular approach, the objective is to halve the cost of capacity with each significant scale-up.  Modularity means that the technology is currently at full scale so the exercise becomes one of large scale manufacturing of modules, enabling cost reductions along the lines of large scale automotive or solar pv industries.  We aim to reach US$100/t by the time we are the single megatonne project scale.

Stripe has announced its support for your project via Frontier, a new Advance Market commitment vehicle. How important is it to have these upfront commitments?

Advance commitments are absolutely critical in assisting early-stage technologies to come to the market.  It provides a proof point for the Carbon Removal marketplace and outlines the importance of CDR in companies’ plans towards net zero and also addressing legacy emissions.  And it validates our approach in that Frontier are regarded as technically astute buyers, having surveyed the entire supply side of CDR solutions that it believes are scalable.

Want to find out more about our offset partners?

Visit our offsetting marketplace today for a broad range of offsets and frontier carbon removal technologies.